How It All Started

I have chronic depression, which I was diagnosed with in high school. With the help of therapy and medication, I had it under control – well, for a few years. Even though I continued my treatment plan, I found myself feeling worse than I’d felt in my entire life. I felt hopeless, and I really felt like it was never going to get any better.

I can’t explain it, but on my way home from work one day, I had this urge to go to the animal shelter. I hadn’t had a pet since I was a kid, but I’ve always loved animals, so I thought, Why not stop by? And if I hadn’t, I’d have never met Frankie.

By all accounts, Frankie was a shy girl, a little timid even. But when I walked by her cage, she sat straight up (she’d been curled up like she was trying to sleep), and let out a gentle bark almost like she was talking to me. As I walked closer to her pen, her tail started wagging, which was a rare event according to the volunteer who was walking with me. It was love at first sight for both of us, and when I took her to the play area and saw her light up – and felt myself light up – I knew we belonged together.

I really believe Frankie somehow knew I was coming for her, and she knew we were going to save each other before I’d even had a chance to lay eyes on her. I had no idea that caring for this dog would become the thing that got me out of bed every morning, that would make going outside for a walk seem exciting rather than scary, and make life feel full in a way that I’d forgotten was possible. But it has. I’ve gotten my life back (I’m still following my treatment plan, don’t worry!), and Frankie has been a huge part of that. 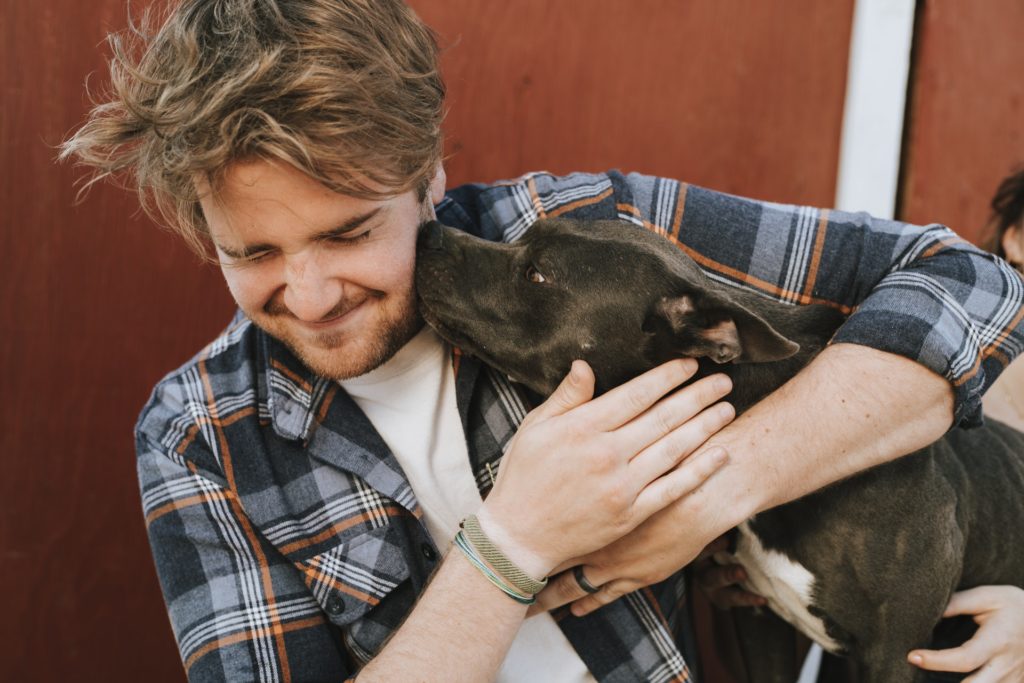 Frankie and I hope this site will bring inspiration to all of our fellow dog families, and offer some hope to anyone else battling depression (or any other mental health issue that tries to take over your existence) even if you don’t have a canine compadre. – Mike 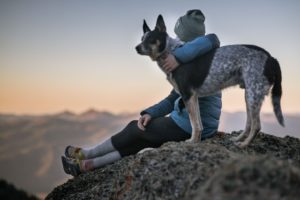